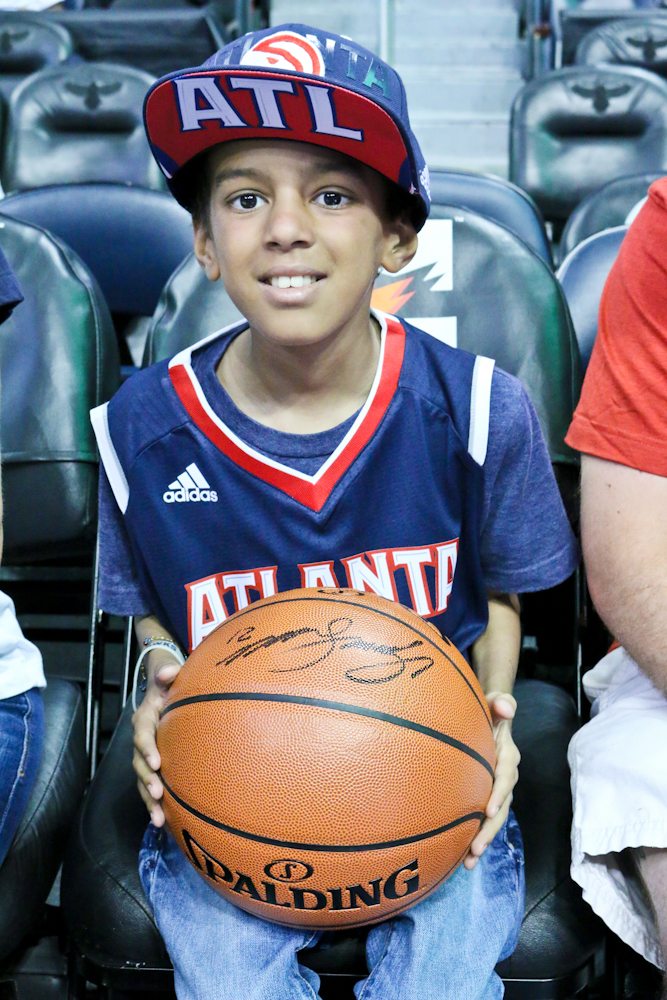 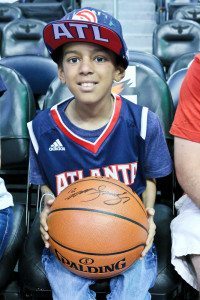 Our Bert’s Big Adventure kid Lake has Leukemia, and very last minute was unable to go on the Bert’s Big Adventure trip to Disney World. Well, the day before yesterday, we brought him in studio and surprised him with his dream: he’s always wanted to be an NBA player, and so the Atlanta Hawks picked him up OFFICIALLY for a day-long contract.

He even got coverage from Sports Illustrated, ESPN, The Washington Post, Yahoo Sports, Bleacher Report, SB Nation, and Fox Sports!

Video Of The Night

It all went down yesterday: Lake got his own press conference, covered by the press – TV and newspapers – with Atlanta Hawks Coach Mike Budenholzer where he signed his contract and did his official interviews from the media!

Then, Lake got to go court side during warm-up where he hung out and chatted with all of the Hawks players, took pictures, and had them sign his basketball…and had some special people ask HIM for his autograph!

Um, WOW. How cool is this: @DWilkins21 just asked Lake for his autograph! #LakeTheGreat pic.twitter.com/9FgNc2zswX

He also got to greet them on the court as they ran on to kick off the game, then watched from a VIP seating area (did we mention the Hawks ALSO hooked him up with dinner in his private suite?); he made it on TV and even had his name plastered across a blimp in the stadium.

Then, at the end of halftime, it was time for the super special player backstage tour: not only did every employee he passed congratulate him on his contract, but he got to see the locker room…

…the players lounge (complete with a decked out kitchen and the coolest video game systems EVER), training area, practice court, special team meeting room (he got to pick out ‘his’ chair to sit in!), secret candy cabinet…and then this happened:

Not only did every Hawks employee from Coach Budenholzer, the players and the cheerleaders to security, Philips Arena staff, and Hawks team staff congratulate lake on his contract, but in the post-game conference, Coach Budenholzer even gave him a shout out!

Lake got some love from Coach Budenholzer in the press conference after the @ATLHawks win! #LakeTheGreat http://t.co/ZMXcTGGzsD — The Bert Show (@TheBertShow) April 8, 2015

1-day on the job and already a nickname for our newest player: #LakeTheGreat pic.twitter.com/BqFDLnFCWo

Was able to snap a picture of our newest @ATLHawks member! Going to carry us to the finals #LakeTheGreat pic.twitter.com/dmfg5n589Q

Lake’s fans are ready with the shoutout signs! He’s about to sign his @ATLHawks contract! #LakeTheGreat pic.twitter.com/QnghzV7NQi