As a whole, Bert’s Big Adventure is an amazing experience for everyone involved. It’s made up of many smaller experiences that happen between the family and staff members alike. Enjoy our collection of photos from 2015!

Up early for the morning broadcast from ESPN Zone at the Boardwalk. Tears were shed as parents read personalized letters to their children before the flight home. Upon arrival at the ExpressJet hangar the families were greeted to a spontaneous dance party with hugs and tears of joy!

Bert’s Big Adventure is nonprofit organization that provides a magical, all-expenses-paid, five-day journey to Walt Disney World® for children with chronic and terminal illnesses and their families. Yesterday, the 2015 families got the surprise of their life at the happiest place on earth. On Sunday, February 22nd, the organization received a private performance from pop-rock quintet R5 during their annual trip to Walt Disney World®.

The children of Bert’s Big Adventure and their families enjoyed a meet and greet, photo opportunity and private breakfast with the band which included Ross Lynch and siblings Riker, Rocky, Rydel and Ellington “Ratliff”. They also received the opportunity to have their official “Bert’s Big Adventure” t-shirts signed by the entire band.

After an incredible year and a half of touring the globe; playing 150 shows to packed-house crowds from North America to Australia and everywhere in-between (21 countries at last count), R5 played their new single “Let’s Not Be Alone Tonight” during the private performance.  R5’s sophomore album is due out this summer.

Bert’s Big Adventure took full advantage of the sunshine to make magical moments in Animal Kingdom for these VIP kids. From a breakfast at Flame Tree Gardens and an animal-filled safari ride, to riding roller coasters and a surprise dinner and dance party, Bert’s Big Adventure spent the day strengthening friendships and bonds with one another.

Bert’s Big Adventure spent the day in Magic Kingdom – starting the day out with VIP access on Main Street and an exclusive view of Cinderella’s castle.

On February 19th, the Bert’s Big Adventure crew embarked on its 13th annual trip to Walt Disney World. As part of the annual tradition, the send-off party was full of excitement, laughs and tears as The Bert Show revealed many surprises to the families at the Renaissance Concourse Atlanta Airport Hotel.

Our 2015 Bert’s Big Adventure families were brought in by Cooper Global Transportation to the Renaissance Concourse Atlanta Airport Hotel for day one of their magical journey! More than 50 family members gathered for a delicious meal from Jersey Mike’s Subs followed by an ice cream social from Haagen-Dazs. Dentistry for Children’s own Luna the Tooth Fairy put on a magic show for all the kids after Kaleidoscope Dance Company passed out personalized tutus and superhero capes. Aaliyah Rucker once again provided blankets to each family as part of her nonprofit, A Touch of Warmth. Tomorrow…. We head to Walt Disney World!

The 2015 Bert’s Big Adventure families in the Atlanta-area met each other for the first time at The Children’s Museum of Atlanta for the pre-trip orientation. The kids and their families enjoyed their time playing and hearing about the upcoming trip, and were able to meet Bert, Stacey and the rest of the Bert’s Big Adventure staff.

Thank you to The Children’s Museum of Atlanta for once again letting Bert’s Big Adventure host this private party completely free of charge, and for lending us their best Imaginators (the museum’s troupe of professional actors and educators) to entertain the kids.

Last but never least, thanks to our photographers, including Rustic White Photography and Sarah Esther Photography. 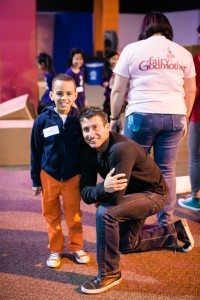 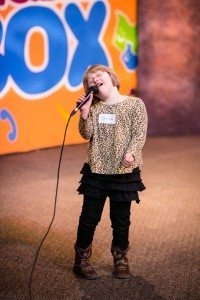 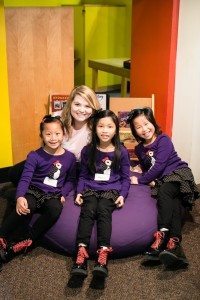 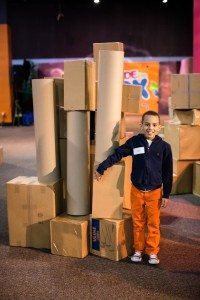 YOU put those smiles on these kids’ faces – we couldn’t do Bert’s Big Adventure without your donations! So a BIG thank you to everyone who’s helped us on the journey! Whether it’s $5 or $50, every dollar helps us make magical moments. Please Donate Today