Broadway In Atlanta Raised Over $18,000 For Bert’s Big Adventure! 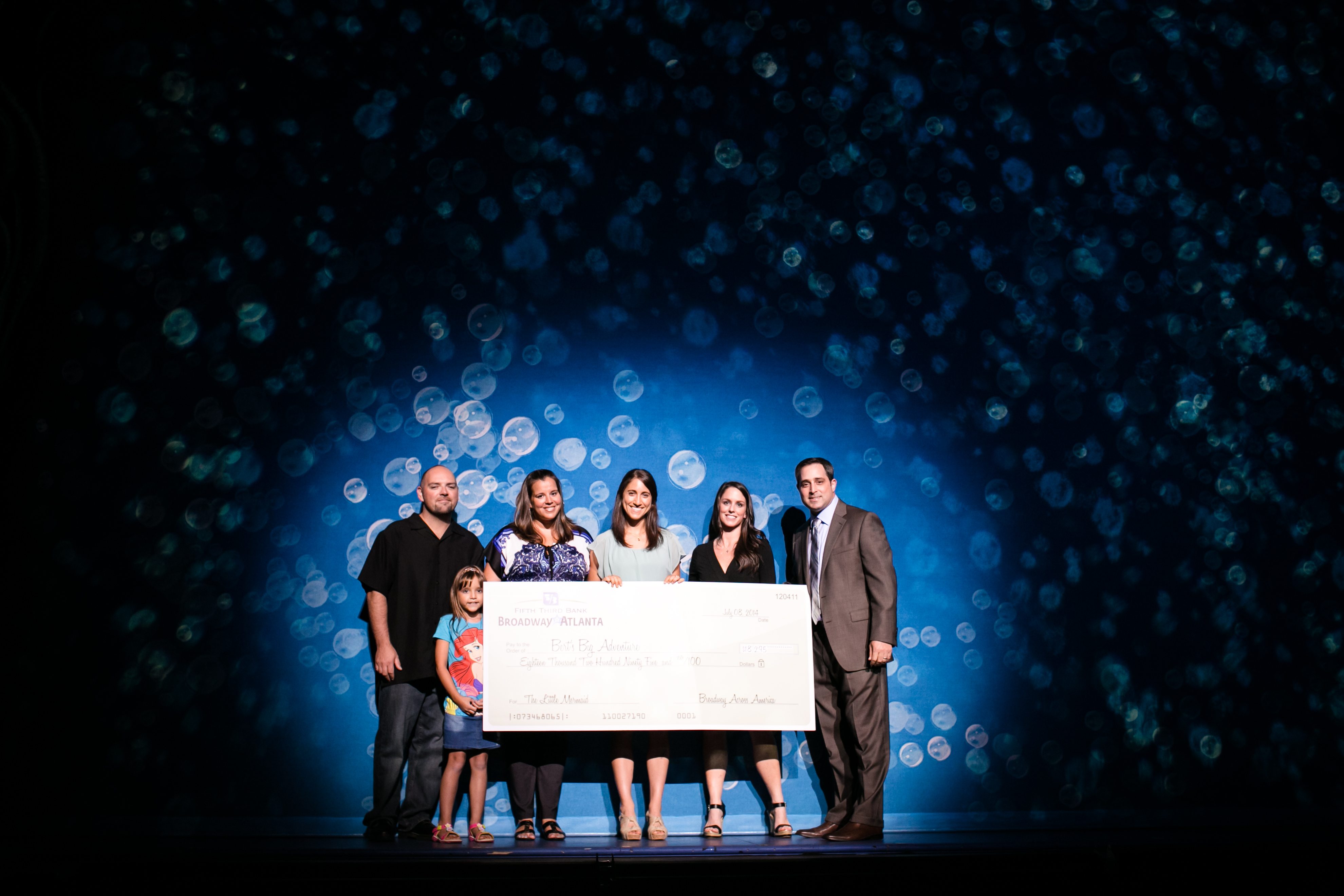 Fifth Third Bank Broadway in Atlanta kicked off its 2014/2015 series in Atlanta this past Tuesday with the city’s debut of Disney’s The Little Mermaid featuring a special check presentation prior to the start of the show.

The donation from the presenters of the first-class touring musicals was given to Bert’s Big Adventure! The contribution was a result of previous ticket sales for the Atlanta debut of the series’ musical The Little Mermaid, which runs at the Fox Theatre until July 13, 2014. For every ticket sold during pre-season, $5 was donated to benefit the Atlanta-based nonprofit organization. Broadway in Atlanta proudly announced that they raised a total of $18,295!