What she never expected was to have the opportunity to not only meet Cinderella in person, but also Belle and Aurora all at the same time, a feat which very few others can boast.

Through the generous efforts of the Bert’s Big Adventure (BBA) program created by local radio personality Bert Weiss of Q100, and its sponsors, WesLee, 5, and her family spent four glorious days at Disney World from Feb. 21-25. It was a vacation of a lifetime.

As a Mimosa Elementary kindergarten student from Sandy Springs, WesLee attends a special orthopedic impaired class where she can get her education without feeling impeded by her physical handicap: Arthrogryposis Multiplex Congenita (AMC).

Living with AMC is a daily challenge for WesLee, who cannot walk or write.

AMC is a rare congenital disorder characterized by reduced mobility in the joints caused by overgrowth of fibrous tissue. It was this condition, and the idea that she and her family struggle every day to overcome the challenges that come with it, that qualified WesLee to be a participant on this annual adventure to the Magic Kingdom. She was one of 13 children from the metro Atlanta area chosen to go.

According to www.BertsBigAdventure.org, “Bert’s Big Adventure is a 501(c)3 non-profit organization designed to allow children with a chronic or terminal illness (ages 5 to 12 years of age that prove financial need and live in The Bert Show radio listening area) to experience a magical weekend with their families at Walt Disney World.”

“The trip allows families to escape to the most magical place on earth,” Weiss said. “Because these families have so many obstacles every day, they rarely get to hang out in a stress-free environment.”

Accompanied by her parents, Yashonda and Derek Hiles, and her two sisters, Naudia, 9, and Gianna, 3, and about 70 other participants, WesLee had the experience of a lifetime. It started with her first trip on an airplane where she got to enjoy her favorite food: peanut butter and jelly. It only got better from there.

Weiss dedicated an entire day to his “Princess on Wheels” and her family as their guide at the Animal Kingdom.

“I love Bert because he is so nice,” WesLee said. “I want to see him a thousand times (and) hug him.”

Weiss shared the sentiment toward WesLee and her family.

“She’s a sweet, sweet child,” he said. “She’s a constant smiler. You can tell she’s full of love. (And the Hiles family is) a machine. They support and care so much for each other. I was really touched by their closeness.”

Besides meeting Weiss and spending time with him, the highlight of WesLee’s adventure happened at Disney’s Cinderella Castle.

“It was big and pretty,” WesLee said of the castle, but what she found inside was even better. “I wanted to spend time with Cinderella.”

WesLee got more than her wish; all at once, she found herself in the company of Cinderella, Belle and Aurora at the castle.

“It was just us and the princesses in the room for like 15 minutes,” Yashonda said. “They don’t do that normally; it’s unusual to be able to get together with all the princesses all at once.”

Cinderella even presented WesLee with an original character pin that can’t be purchased anywhere.

WesLee’s sisters, Naudia and Gianna, got to join in the fun as well.

“I was really happy when they told her (she was chosen),” Naudia said. “And I was happy for her and happy that we were all able to go to Disney World.”

Naudia enjoyed the Expedition Everest roller coaster in the Animal Kingdom, and Gianna was mesmerized by the race cars and a dragon she saw at the Fantasmic show.

“We went on race cars and we loved it,” Gianna said.

BBA and its partners made certain to give royal treatment to the Hiles family and the other 12 families at Disney that week.

“We take care of everything and they get to connect in a way that they haven’t in a while,” Weiss said. “For me, it’s about being able to create memories for families that they’ll always remember. The fact that we get to give these families an experience that they couldn’t do by themselves is exactly why we do this.”

Every last detail, from no waiting in lines to having unlimited access to park rides and handicap accessibility for WesLee, gave the Hiles family an overwhelming sense of gratitude and appreciation for the opportunity that they otherwise may not have had.

“The way they treated us was outstanding; they provided everything for us,” Derek said. “We didn’t have to worry about anything.”

“It was a once in a lifetime opportunity for us,” Yashonda said. “Our biggest (difficulty) with WesLee is we can’t really go too many places where she can be involved; there’s not a lot of amusement parks where we can take her wheelchair. (At Disney,) she could get on any ride she wanted to – that was amazing to see her smile and know that she could do something without worrying about anything. It was more than I ever expected.”

Despite the handicap, WesLee exemplifies an amazing amount of inner strength and is nothing less than a free-spirited and energetic child.

She loves to play CandyLand, has a passion for eating at “The Grapes,” otherwise known as Olive Garden, and has found pleasure in playing T-Ball for the North Metro Miracle League.

Next year, WesLee will transition to Dunwoody Springs Charter School where her bright personality and love of life has already made an impact on the other students and teachers.

The opportunity to take that love of life to the next step at Disney proved to be more than the Hiles family had ever hoped for.

Above all, Derek recognizes the value and generosity of Bert and his non-profit organization and is ever appreciative of the opportunity his family received.

“It was very special because we’ve never been able to have a family vacation and (Bert) gave us our first opportunity to get away from reality together and enjoy our time,” he said. “We’ve always wanted to plan something but it’s so hard finding a place to go and making sure we can take (WesLee’s) wheelchair. They took care of everything for us.”

He hopes the community will keep BBA in mind when considering charitable donations and community service opportunities.

“I’d love for every child with a special need to be able to go,” Derek said. 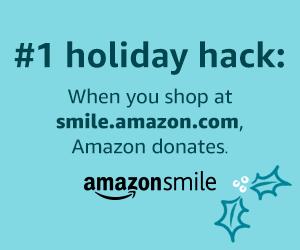 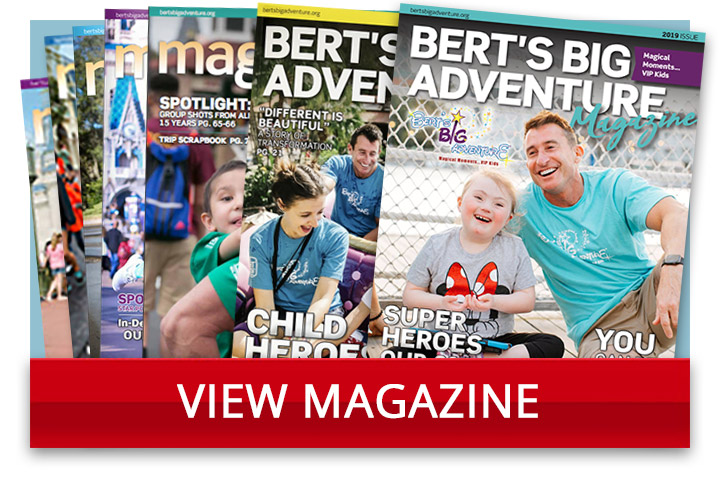 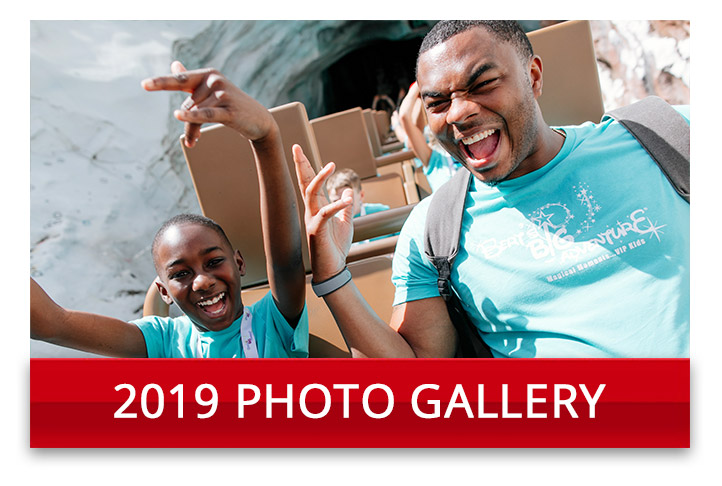 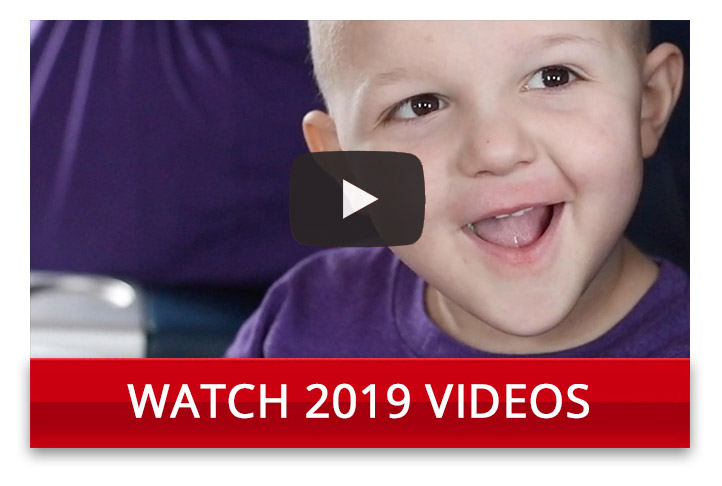